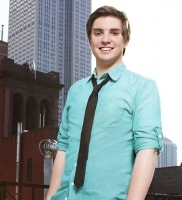 One driver is dead while two passengers came away with minor injuries following a two vehicle crash in Isabella County.

It happened on September 4th, Michigan State Police say they responded to Gilmore Road South of Stevenson Lake Road in Gilmore Township, for a two-vehicle head on collision.

Troopers say 51-year old David Lee Wixson of Farwell, was traveling north on Gilmore Road when the vehicle he was driving crossed the center line and collided head on with a southbound vehicle with two occupants.

Wixson was transported to Mid-Michigan Medical Center in Clare where he later died of his injuries.

The two occupants in the southbound vehicle were wearing their seatbelts and received minor injuries.

Alcohol is believed to be a contributing factor and Wixson was not wearing his seatbelt.